What You Should Know About Autoimmune Diseases and Their Metaphysical Meaning 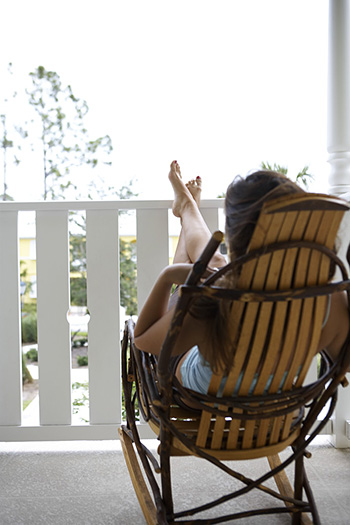 Over the years I have met a number of people that have been challenged by autoimmune diseases, such as fibromyalgia, chronic fatigue syndrome (CFS) and MS. The vast majority have been women.

Those seem to be the most common conditions I encounter with people, and I wondered if that was reflective of who I attract or rather universal. So I did some research.

First, I explored some statistics and clinical information, then I meditated to discover if there is a common emotional and spiritual root, or metaphysical meaning behind the illness.

According to Salyn Boyles research for an article in WebMD in 2007: Women with multiple sclerosis (MS) now appear to outnumber men with the disease by a ratio of four to one in the U.S., new research shows.

From a Science Daily article from 2008, we learn that: Fibromyalgia may affect as much as 3-6 percent of the U.S. population. It is more common in women than in men, but the reasons for this difference are unclear.

Mary Shamon, respected patient advocate, author and guest on ABC World News, http://thyroid.about.com/bio/Mary-Shomon-350.htm, states: The majority of diagnosed cases of CFS occur in women, most of whom are 25 to 45 years old.

The three conditions I mentioned are considered to be autoimmune diseases. So what is an autoimmune disease?  Here is a brief description from Auto Immunity Research: ‘Autoimmune’ is a name frequently given to diseases characterized by the presence of Th1 inflammation. Patients are still often told there is no known cure, while they are given palliative medications intended to reduce symptoms, without changing the outcome of the disease.

Here is a more detailed medical description from Professor Trevor Marshall’s website on autoimmunity: Th1 Spectrum Disorder refers to the group of chronic inflammatory diseases, which are hypothesized to be caused by the Th1 pathogens, a microbiota of bacteria which include L-form, biofilm, and intracellular bacterial forms. Although the exact species and forms of bacteria, as well as the location and extent of the infection, vary between one patient suffering from chronic disease and the next, the disease process is common: bacterial pathogens persist and reproduce by disabling the innate immune response.

Further, according to Professor Trevor Marshall’s website: Although patients who become infected with the Th1 pathogens are given a variety of diagnoses, there are often no clear cut distinctions between one disease and the next. Rather, symptoms frequently overlap creating a spectrum of illness in which diseases are more connected to one another than mutually exclusive disease states.

I bet you could add a few more conditions to this list that women seem to be experiencing in unusually high numbers, with symptoms that cannot be easily attributed to a single medical condition. So what is going on with these debilitating, life-altering conditions? And why are so many women affected by them? As I got still and listened within, this is what I came to understand. I suggest you be with this quietly yourself and see if the spiritual healing insights I received align with your own inner wisdom:

Women are at war within themselves. We are in a great internal conflict between achievement and the call to stillness. During this time on our planet, there is an urgent need to experience more of the feminine and yin nature of ourselves—to become more compassionate, quiet, able to listen with understanding, move more slowly and with greater consideration, and to heed our intuitive insights.

On the other hand, many women are providing, caring for and raising their children; progressing in their careers; planning for retirement; and making their mark in the world. With a more immediate and pressing need to achieve, women soon find themselves out of balance and disconnected with a vast and significant part of their nature. The sacred and still place within them must also be honored in order to enjoy mental and physical health, and is required for spiritual awakening.

As a result, the toll of being out of balance emotionally, spiritually and physically often results in a cellular attack that we know as an autoimmune disorder. It forces a woman to slow down and to engage her yin nature in order to survive. It forces a woman to step back from her insistent instinct to take care of everyone else, and to consider more carefully when she places another’s needs over her own. It requires she take care of herself. In effect, it is a demand from the soul to create greater balance.

Creating balance is not an easy task. The house might end up being a mess a lot of the time. The kids might have to do more on their own. Partners might have to get used to assuming more responsibility at home. Most of all, as women, we have to let go of the habits and choices we make that allow ourselves to become depleted. If no one picks up the slack, then there are some things that just won’t get done, if we are choosing to be true to our inner call for stillness. 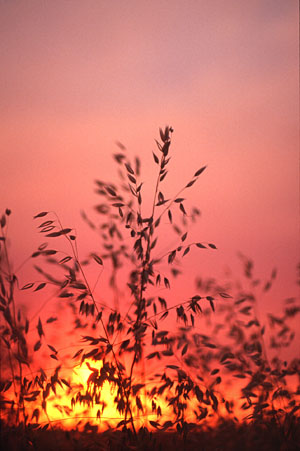 What I Learned As I Healed My MS

I know this personally, because I healed myself from the early onset symptoms of MS. When I asked a spiritual master to help me better understand what this meant energetically, he took me into a vision in which I was racing, without pausing or stopping. That was when I realized my energy body was on a race course that would eventually stop me altogether. That’s when I changed my life, dramatically.

I took my meditation practice into my active life, by learning how to pause within the moment, as I felt my anxiety rise. I put my healing first and all other activities second. (If I had been a mother to some very young children, certainly there would have been times their needs would have taken precedence, but I understood sacrificing my needs consistently was part of the cause of the illness.)

Some chores just didn’t get done, until my husband offered to help me. I created resting times with my sound medicine that were not interrupted.  I committed to the stillness within me that restored my inner balance.

As I was healing from the MS, I recorded the steps I took to heal and (because I’m an educator) created a healing program that could help others. I designed my Breakthrough Healing System to help you get to the unique metaphysical roots behind your illness, and establish the kind of balance that gets breakthroughs in healing.

Throughout my spiritual healing journey, I came to understand the significance of the Sacred Feminine (or as the Chinese described it – the yin energy within us), and the inner loving, stillness that is the very essence of the Sacred Feminine. I recognized how vital it was for me, and for us as individuals, as well as the planet to establish balance for that wonderful and powerful Sacred Masculine (yang energy) drive to achieve. Sacred Masculine is a magnificent energy until it consumes us. Then it ravages our bodies, minds and spiritual bodies. The answer, from a spiritual healing perspective, is Sacred Feminine energy.

Fortunately, there is an energetic cure that any of us can begin accessing right now—inner stillness. After I healed from the MS, I was blessed to receive  an ancient Native guided meditation in the Sacred Feminine. It is available for free at my non-profit organization, Sacred Feminine Awakening.  It will take you into the very heart of the Sacred Feminine, allowing you to find greater rest and peace in the gentle, quiet, compassionate side of your nature.

If you choose, you can use the understanding of the metaphysical meaning behind auto-immune diseases to inspire you to create better balance between these two vital energies of Sacred Masculine and Sacred Feminine power.

Misa Hopkins is a bestselling author, beloved spiritual teacher, gifted clairvoyant, and talented sound healer. After healing herself from MS and other conditions, she has dedicated her life to the wellbeing and healing of others. Misa's bestselling books include "The Root of All Healing: Seven Steps to Healing Anything" and "Sacred Feminine Awakening: The Emergence of Compassion", and thousands of people follow her blogs. She has appeared on NBC, ABC, Fox and other TV programs and is also a regular guest on radio. She is also the Guardian of a Sacred Feminine Native path, where women and men alike discover the healing and awakening qualities of this Divine energy.