You are here: Welcome » Articles » self healing » Chronic Illness: Metaphysical Meaning and Perspective in Your Self-Healing Journey 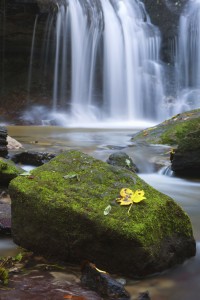 The term chronic illness can be scary. We associate chronic illness with life-long or terminal conditions for which there are few or no cures. Simply hearing the words, many of us go into depression and fear.

As I have discovered over and over again, loving ourselves at the emotional roots of our illnesses inspires us to health and promotes healing. In this meditation, the depth of my awareness about where and how we lose touch with that love was wonderfully helpful.

At one point in the meditation, as I attended to this cancerous energy with love and compassion, I entered a deep altered state. I felt rejection, as though some part of my consciousness had interpreted my distance from Source (the Divine, God, whatever you call the source of love and creation) as rejection.

Let me be clear. I did not have the sense that the Divine had rejected me, but rather that rejection was one interpretation of that distance.

Imagine how a child might feel rejected if a parent left them alone in a room for a long, long time. The child at some point might come to believe they had been rejected. That feeling would arise even if their parent was right around the corner in the next room, accessible, but out of sight.

This is similar to what a teenager and young adult goes through in their individuation from their parents, where they are naturally more aware of the distinctions than the similarities between themselves and their parents.

As we get older, we become increasingly aware of how similar we are to our parents. We eventually become distinctly aware that we are made from the same DNA as our parents, as are our children and grandchildren, as we observe the nature of our family genetics and patterns of behavior appearing through the generations.

Sometime after about 5 years old, we lose our sense of oneness with the Divine, and many of us seem to live a long time in the individuation stage when it comes to relationship with the Divine. He/She/It is out there and we are here in our human bodies. We seem to have to work to remember that we are of the Divine, made up from the same “stuff” and awareness as original consciousness.

And so our human experience in some ways feels like being separated from our parent. The Divine feels as though He/She/It is in the next room, or even further away—barely accessible. Even though the Divine is ever present at all times, it doesn’t always feel that way. Because we perceive that we can’t easily feel our union with the Divine, we interpret this feeling of separation as rejection.

We fear that we have been rejected because we are somehow unworthy. You could call it the original misinterpretation.

So as we feel rejected, we reject. When some parts of our bodies ache, we don’t really want to have anything to do with those parts. Instead of embracing them in love, we try to ignore them.

When our emotions feel uncomfortable, instead of being compassionately loving with them, we try to run away from them. We separate. We reject.

What I learned from the cancerous energy in my body is that deep down, every cell wants to feel accepted and loved. Divine love is ever present, and we as humans can transcend the feelings of separation in at least one of several ways:

1)    We can be present and in compassion to whatever aches and hurts—physically or emotionally—until the pain dissolves (heals) and all that remains is love, or

2)    We can bring our attention to the love that is ever present in all of life (including our emotions and physical pain) until all that remains is the experience of that love.

3)    We can disengage from the story (beliefs and feelings) we have associated with the pain.

Which of these approaches we choose to use, if we want to engage self-healing energy for ourselves, we can choose to become aware of the rejection that is occurring, and then choose to live in the love that permeates it all.

Discover more about the metaphysical nature of your specific chronic illness with a Healing Reading.

Chronic illness that has been created by or exacerbated by rejection can finally find rest as the metaphysical meaning and root of the illness is accepted in love, and as a result, healing is the natural outcome.

Misa Hopkins is a bestselling author, beloved spiritual teacher, gifted clairvoyant, and talented sound healer. After healing herself from MS and other conditions, she has dedicated her life to the wellbeing and healing of others. Misa's bestselling books include "The Root of All Healing: Seven Steps to Healing Anything" and "Sacred Feminine Awakening: The Emergence of Compassion", and thousands of people follow her blogs. She has appeared on NBC, ABC, Fox and other TV programs and is also a regular guest on radio. She is also the Guardian of a Sacred Feminine Native path, where women and men alike discover the healing and awakening qualities of this Divine energy.